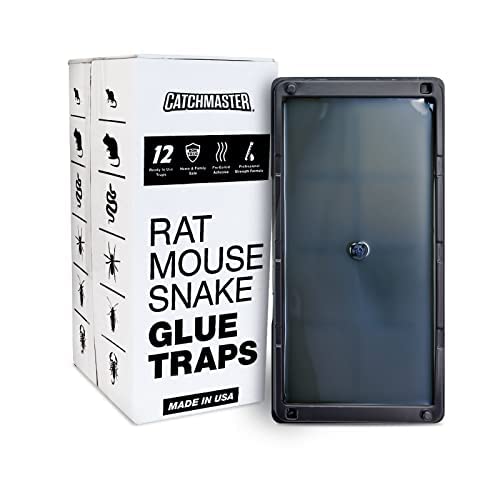 If you have rats in your home, they will roam inside searching for food leaving a urine trail over everything they walk on.
Taking the right precautions to keep them out is best for your home and your health.

Few things are probably more distressing than to learn that rats are in your home. These rodents are incredibly destructive and pose a health risk to your family and pets. They carry over 35 diseases and are hosts to a variety of parasites. Fortunately, there are several options to get rid of these pests quickly and safely. However, you need to act promptly to manage the problem before it becomes a major issue.

Continue reading to learn more about the best rat traps and how to use them correctly.

How We Found the Best Rat Traps

The Trapro Humane Rat Trap is an effective solution, it is easy to set up and ultra-sensitive and a great alternative for those who are squeamish about killing rats.

The Trapro Humane Rat Trap is a decent size cage for catching rats and other rodents. The galvanized steel mesh is fine enough to protect you while handling it, for safety you should wear gloves. The design of the product is such that the animal has to enter it all the way to get the bait and trigger the mechanism, making it the best outdoor rat trap.

The NoBuzz Mouse Rat Glue Trap uses a premium adhesive to capture and rodent or insect that ventures onto it. It has a peanut butter scent to entice them, once they do walk on it, they will not escape. It’s large and durable enough to hold them.

Rats are one of the most destructive pests you’ll likely encounter. They can cause a significant amount of damage to your home and outbuildings. Getting rid of them presents a challenge. They are both adaptable and leery to the presence of humans. That explains their success. An estimated two million rodents exist in New York City alone.

There are two common species, the Norway rat and the roof rat. They differ in their preferred habitat which their names belie. The former is the larger of the two, weighing over one pound. They can live just about anywhere in the United States. The latter prefers warmer climates. Both are omnivorous and will eat a wide variety of foodstuffs.

Like mice, they are prolific breeders, producing up to 20 young a year. Luckily, they aren’t long-lived with a lifespan of only a year or two. Rats are nocturnal and rarely venture out in the open during the day. You’re more likely to see damage instead of the animals themselves.

Signs of a Rat Problem

It won’t take long before you notice the telltale signs of rats in your home. You’ll see gnaw marks on wood or food containers. You may find evidence of their nests or insulation they’ve used for bedding material. Other things include the presence of droppings, burrows in your yard, and damage to your garden. You may even hear them scurrying in your attic or behind the walls of your house.

Prevention is the single best way to avoid the damage and health risks of rats in your home. That means proper sanitation and a rat-proof house. Don’t leave pet food bowls out for the pests to find. Make sure to clean your kitchen promptly after preparing meals. Take out the garbage every day. You may find it helpful to rinse out the cans periodically to cut down on odors that can attract them.

Check your house’s foundation often for holes and cracks that can provide access inside your home. Even a space as small as a one-half inch gap is enough for even an adult rat to get through. If you find openings, use metal or concrete to repair them. Rats can chew on softer materials without a problem. Also, mend any screens and make sure they fit correctly.

Repellents, on the other hand, are not an effective means of control. Few things other than changes in their environment will deter these pests. Making your property inhospitable is the best way to control rats before they start to cause costly damage.

The best rat traps handle a pest issue quickly and decisively. The consequences of an infestation are too expensive and risky to choose anything else. As with most pests, prevention is the ideal way to go. But if you’ve discovered a problem, getting rid of them once and for all is your only alternative.